PRELIMINARY RESULTS FOR THE 2019 NATIONAL AND PROVINCIAL ELECTIONS

RE: PRELIMINARY RESULTS FOR THE 2019 NATIONAL ANDPROVINCIAL ELECTIONS
7

Le Politic plus Development Index, Lepolidex, is an independent polling, market research and consulting organisation.  Our polling methodology is based on a holistic approach which uses various indexes, historical data and in-depth analysis of the current political developments in order to predict election outcomes.  We also use a rating system in order to rate the standing of political parties.  In terms of our system political parties with less than 1% votes are accorded junk status.

At national level the ANC is almost 3 and 10 times bigger than DA and EFF respectively. At this stage we therefore do not see ANC losing power to these parties individually or combined.  Although both DA and EFF will continue to grow their share of the votes but they will not amass enough votes to force ANC out of power or into a coalition.

Although ANC will continue to slide but it will not be at an alarming rate as it was the case in the 2009 and 2014 national/provincial elections and in the 2016 local government elections. The rest of the political parties that are represented in the National Assembly (NA) will continue to lose votes.

We expect the NFP and UDM to slip into junk status.  We also expect AGANG SA, PAC and APC to lose their remaining seats in NA.

Although we do not foresee any momentum political party or parties on the same scale as COPE in 2009, NFP in 2011 and EFF in 2014, we think that political parties such as Forum 4 Service Delivery, Bushbuckridge Resident Association and Black Land First have good prospects of gaining a seat in the NA.

It is our belief that Eastern Cape, Free State, Kwa-Zulu Natal, Limpopo, Mpumalanga and Northern Cape will remain safe provinces for the ANC albeit with reduced majority.  We also believe that Western Cape will remain a safe province for DA but ANC will register marginal gains in that province, although they may not even translate into gaining an additional seat.  We belief that Gauteng and North West will become swing provinces but with ANC gaining plurality in both and thus be forced into a coalition.  However, for North West to become a swing province will depend on the disgruntled ANC members joining forces with the Zuma supporting ATC in that province.

See attached Tables and Map for your easy reference 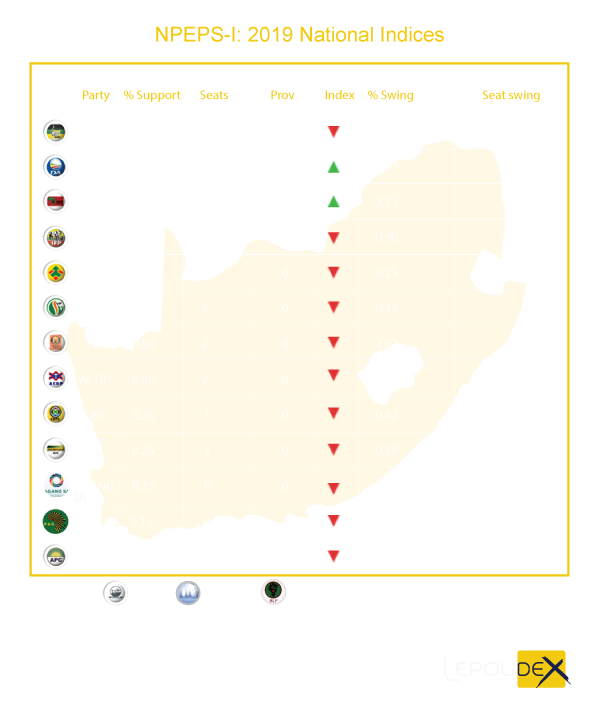 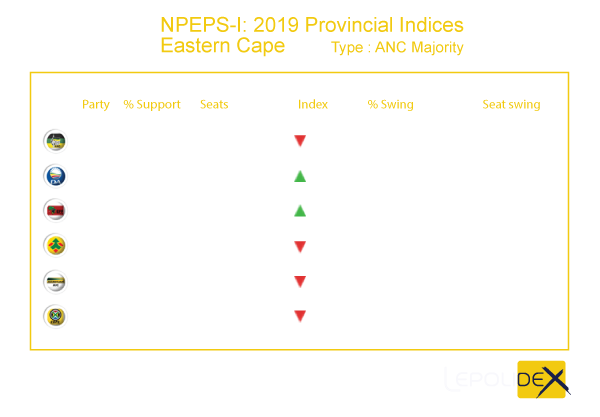 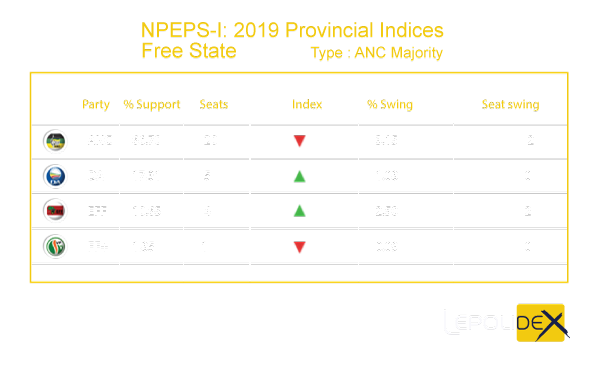 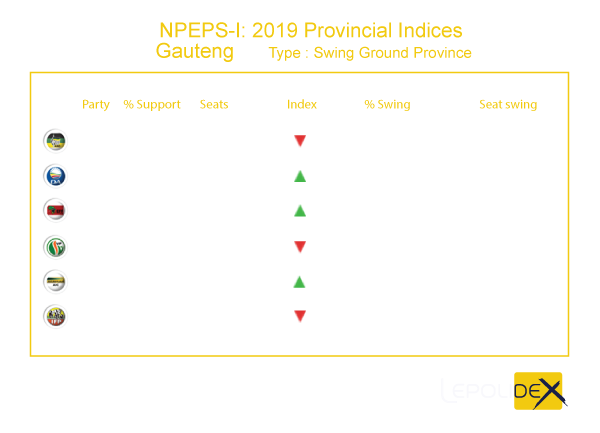 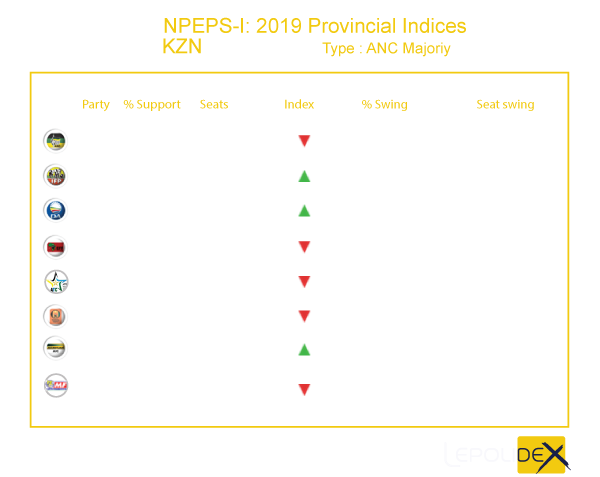 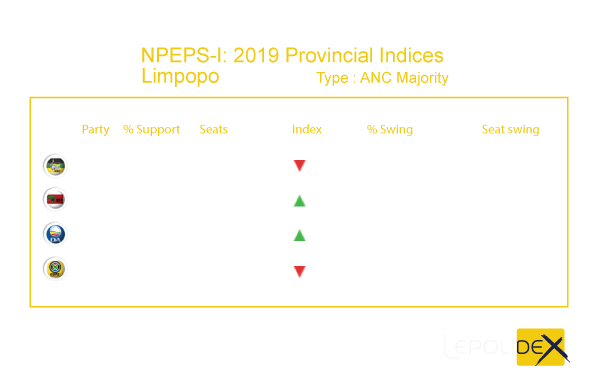 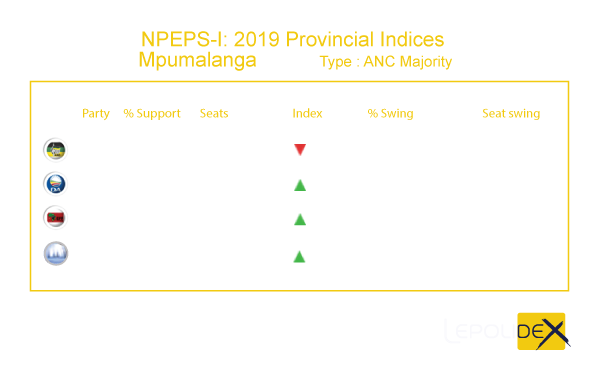 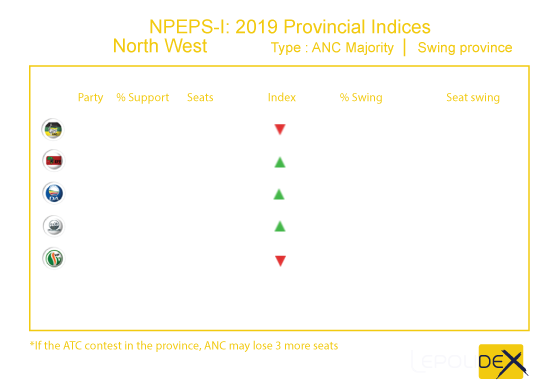 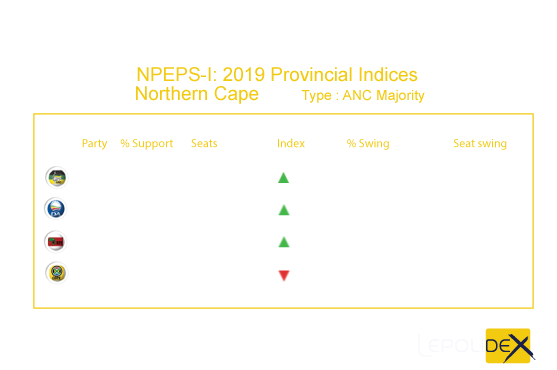 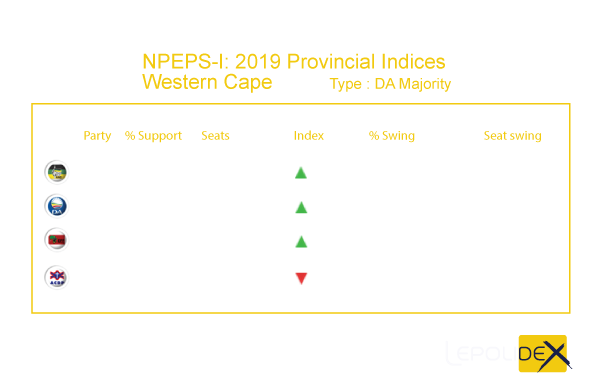 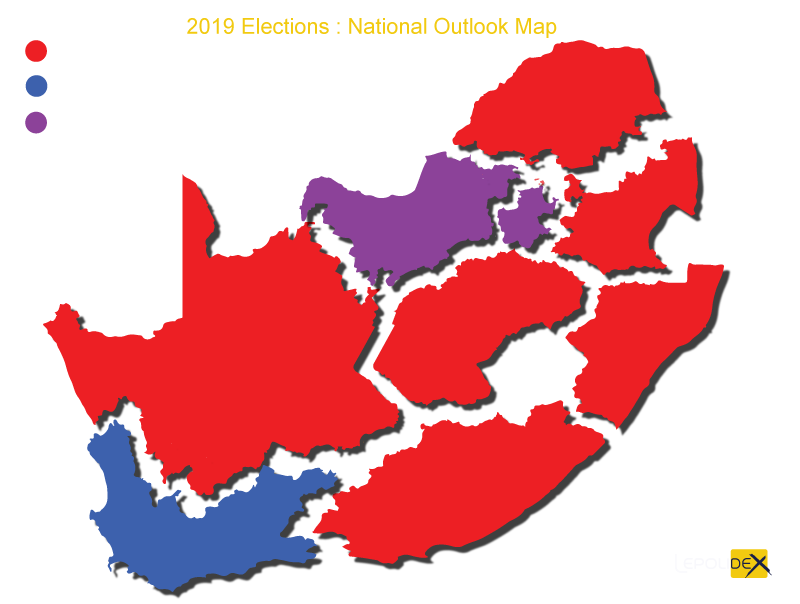